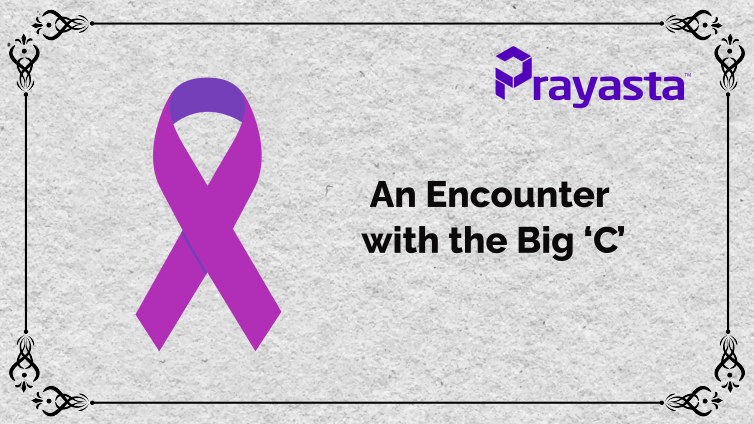 From a home maker after marriage to her journey as a railway clerk who survived as a breast cancer warrior. She talks about her struggle as a survivor in a male dominated department in the railways. Read her story to know more.

It was a day Twenty-Seven years back.  I was waiting to meet Dr. Vimal Jain at the Medico Surgical Clinic at Ghatkopar.  After going through my X-ray, Blood Test & Sonography Reports & doing physical check up on me, he happily wished me Good Luck.  Out of the consulting room there was another patient waiting to meet him. Dr. Jain introduced me to that person as, “SHE IS A SURVIVOR”.  My heart missed a beat and a feeling of sadness engulfed me. I understood that a person who had recovered from the dreaded disease was referred to as a ‘SURVIVOR’.  However, the title really drowned my spirits & the two drops of tears escaped my eyes.  On my way back home, I went down my memory lane & remembered the events that took place a few months back.  Beating death as the term “Survivor” represents should ideally bring a sense of victory, however the enormity of the actual event had engulfed me.

I understood that a person who had recovered from the dreaded disease was referred to as a ‘SURVIVOR’.

It was in the month of October 1992, I realized that my left breast was not normal.  I could feel something like a hard tissue inside.  I did not pay much attention to it for some time, but something inside me – call it providence, God or whatever – told me that it is not normal.  I was doing my household chores, attending Office and going about life in the normal course. I was working with the railways then. Both my children were employed then- my son & daughter were working for different Banks.  I made a trip to Chennai in November & on my way back a lady Doctor travelling in the same Compartment became friendly with me.  I casually told her about my fear regarding the unusual feeling in my breast.  She checked me there and then- She checked my left breast & confirmed that there was a lump present & that I should immediately go in for a Biopsy. There was a sense of foreboding but kept the sense of blow I felt to myself.  After a week, I met my family physician Dr. Rajagopalan at Matunga who also confirmed the existence of the lump. He recommended a needle Biopsy to be done immediately. He referred me to Dr. Vimal Jain who was having a consultancy room at Matunga.

My ordeal started from the last week of December 1992.  I met Dr. Vimal Jain & the needle Biopsy was done.  I suffered terrible unbearable pain. I was confused & was worried about my children. I had lost my husband in 1981 & I was the only support to my son & daughter. I prayed to all the Gods that I could think of that my biopsy report should be negative but it was not to be.  My son brought the report & broke the news to me that it was ‘POSITIVE’.  I was totally shattered but immediately gathered my courage & told my children to be brave & face the situation.  The next day I got my leave sanctioned from my Office without telling the real reason saying that I required an urgent surgery.  All the preliminary tests were done & the day for surgery was fixed on 30th December, 1992.

On 30th December, 1992 I along with my son, daughter & nephew Ravi who was my only close relative in Mumbai reached Medico Surgical Clinic at 6.00 am.

I was taken to the Operation Theatre & was put on Anesthesia. It took over me within a few minutes.

The Tata Memorial Report said that it was “INFILTRATING DUCTILE CARCINOMA” without AngioInvasion.  Out of the fourteen lymph nodes removed one node tested positive. The treatment after that was simple.  I was spared from Radiation & Chemotherapy. Thus, I was prescribed Tamoxifen Tablets, but regular checkups continued for 5 years.

Then started my process of recovery and getting myself back to shape and getting back to work.  While the idea of a recurrence bogged my mind the process of getting back to work in the immediacy was a larger part of my thought process. Somehow after surgery my fear of attending Office with the deformity was troubling me.  My children visited the Rehabilitation Centre attached to the Tata Memorial Hospital where they were shown a pair of Silicon Prosthesis donated to the hospital by a swiss company.   My daughter was greatly relieved & called up to tell me that it was very good & that I would not face any problem as the prosthesis looked absolutely natural.  I was advised to use Libertina brand-3 tucks bra with a silicone prosthesis inside.  I started using this & felt absolutely confident.  I did not like to disclose that I was a victim of big ‘C’.  I requested my Doctor not to mention it in my Fitness Certificate except two of my close friends no one knew of my ordeal. Even my mother came to know of it a week after my surgery & the shocking news took her life.  She died of Heart attack & I could not attend her funeral.

So, this is the story of my encounter with the disease. Today I am 80 years old, my children are settled in their lives. I am leading a normal life though with some age-related problems. Cancer never came back in spite of my fears

I wish to advise victims of breast cancer that the breast prosthesis is absolutely important in keeping the body in shape & also to keep the survivors socially active & confident. 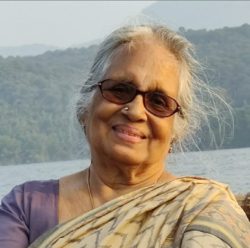 She retired as a Section Officer from Central Railways. She is 80 years old and believes that age is just a number and one should enjoy life as much as one can and should be thankful in whatever life has offered them. She lives with her son and his family in Mumbai. Besides that, she likes to listen to classical music and enjoys Hindi film music.

How any women can know she can get breast cancer?

In Conversation With Dr Shabnam Bashir